The Constitution of Kenya, 2010, is transformative, to say the least. It is however bankrupt on peace, so is the country.

The word ‘peace’ appears a paltry four times in the Constitution; firstly in the Preamble, secondly in Article 37 on the right to ‘peaceable’ demonstrations, thirdly in Article 238 (1) on threats to national security, and finally, in Article 240 (8) (a) (i) on regional or international peace operations. Period.

While the framers of the Constitution considered other critical ingredients to a stable, secure, and prosperous Kenya, including the (non-)issue of integrity and leadership, they, in their own wisdom, relegated the subject of peace; the critical fabric that holds any society, state, or civilization together.

Even a look at the national values and principles of governance in Article 10 hardly implies to the centrality of peace. At this point, it is, in my opinion, fair to perhaps assume that peace, to the framers of the Constitution, was a non-issue, at least.

Events in the country however point to the dearth, and thirst, for peace now and in the future. The violent elections of 1992, 1997, and most recently 2007, are evidence enough that this country is ever in a state of ‘unpeace’. The ethnic identity indifferences entrenched in the country are, as always, supposedly, to be blamed for this ‘unpeace’. I reject this convenient truth.

It is election year, 2017, and the old narrative is here, again; the narrative of post-election peace. The peace entrepreneurs are out and about, making business in the name of peace. Too, are the peace scholars, like myself, who are already drafting abstracts for journal articles. The peace institutes have already issued ‘Call for Papers’ on the pre-emptive conflict situation in Kenya, while the ubiquitous peace NGOs have ready-made templates for post-election violence reports about the country.

The media stations have followed suit, with interviews, and commentaries, on peace or ‘unpeace’ in the August 8 elections. Journalists, too, are giving lectures on mainstream and social media on peace. The religious folks are also feeding their flock with the fodder, in the pulpits, and in peace rallies. 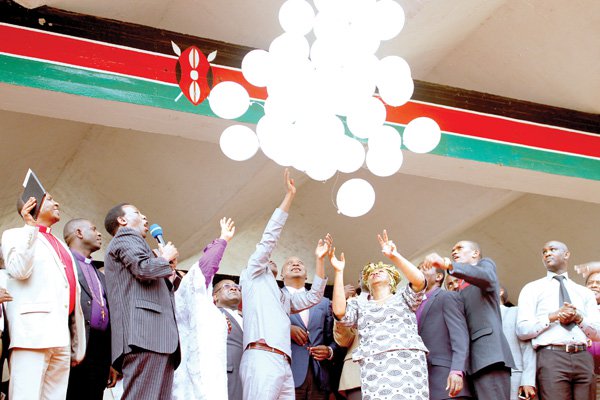 For the political class, peace and ‘unpeace’ have become campaign items. Peace is, after every five years, dished out to citizens in political rallies, just like the so not-for-free campaign merchandise.

This peace talk, albeit superficial, is good for sustaining some semblance of peace in the country, so is the national policy on peacebuilding and conflict management, 2012.

It is however worth noting that; there is hardly any law, including the Constitution, which expressly legislates on the pursuit of peace in the country, not least the NCIC Act, 2008. The peace infrastructure in the country is therefore bankrupt.

In my submission, it is time to amend the Constitution, and fix the missing chapter; the chapter on peace. By expressly defining measures for peace in the to-be ‘First Amendment’ to the supreme law, or legislating a Peace Act, will this country transition from its current state of ‘unpeace’ to peace.

The author is a student of International Relations and the founder of National MCG. You can follow him on Twitter on @MrWambua